Let’s face it, the world was obsessed with the recent World Cup especially as the two teams going head-to-head quite literally were the least expected ones. The huge investment for hosting the world class event is always paid off with victory in the home ground, no? Oh, I forgot this year marked one of the major turns of events that once again reminded us that life doesn’t go as we please. I didn’t understand at first why I became so engrossed with a bunch of guys fighting over a ball. Other than the attractive physiques of the Germans and the adorable collars of the French players’ uniforms, I realized World Cup was much more than the well-toned body and tactful ball-juggling. It reflects life in general.

Whether tall or short, you have your own strengths and advantages. Whether you are as tall as Neuer or as petite as Messi, the field doesn’t restrict your full potentials. The finesse of blocking the ball defending the goal with a mere fist doesn’t insinuate one into having the agility of passing the ball. There is bound to be a position that suits you best. Even if there isn’t, as long as you are focused on achieving that spot, you will get there. Therefore, no matter how belittling your situation might be and how incapable you think you are, have a change of mindset that it CAN BE done. IT WILL BE. 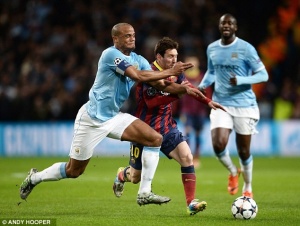 History repeats itself. However, the years of rivalry between two nations will be concluded in one way or another. Let’s use an apt example of Brazil and Germany. In 1999, Brazil defeated Germany with a score of 4-0 and again 2-0 in 2002. They, however, managed to get a tie 1-1 two years later. Just a few weeks ago, the conclusion has been drawn that the epic 7-1 score, in favour of Germany, signifies the true key of life. Balance is the key.

Miracles do happen, even to bad people. The guy who will be detested for years to come by the Brazilians and who recently even received death threats, Juan Zuniga, didn’t face any sanctions and was so fortunately ruled out from any disciplinary actions after injuring the Brazilian star who potentially could have claimed victory right at home. Even the sturdiest goalkeeper and the most indestructible defence could also be crippled with a mere free kick. 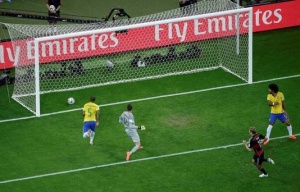 Unfaltering persistence yields results. It wasn’t uncommon to see most of the strikers attempting multiple shoots to score a goal. After all, the probability of achieving one out of so many tries would be higher than not even trying in the first place. Not only did this kind of performance entertain and excite the spectators, the giant companies that sponsored this global sporting event also adopted the same strategy all around the football field. Yes, McDonald’s, you’ve won my heart.